The Band
Everything You Always Wanted to Know About the Band* But were Afraid to Ask ... 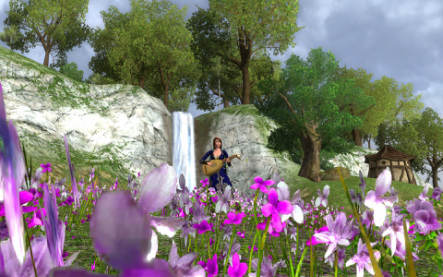 Aliawen was born in Rohan and raised at Theodred's court to become a master bard. She set out to find her long lost love, who disappeared when he went on a secret mission. On her travels she encountered a nice hobbit named Melusinae who introduced her to the band. She joined the band as they travel around Middle-Earth and like this she hopes to one day find her loved one again.

Favorite instrument: The lute, with a specialty in playing explosive lute.
Favorite music: anything with some nice lute parts in it. Can not be held accountable for her actions when Pursuit of Vikings is played as she might go into music-frenzy mode
Favorite pastime: hugging hobbits
Special info: Likes men in beards, they are soooo sexy, raw 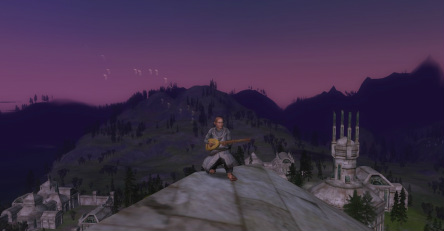 Not much is known about his past, and if you ask him he will probably not remember himself. Excessive drug abuse most likely.
His moto : Better to loose a friend than miss out on a good punchline.
His hobbies are : Music and other stuff.
Favorite creature is a slug.
Favourite music : Too many titles to name them all, listen to one of the bands concerts and you'll have a rough idea. 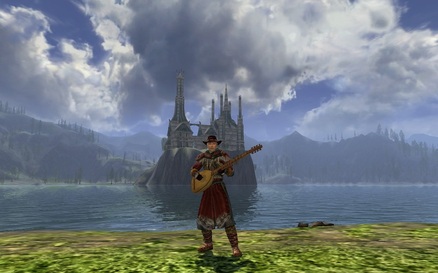 First killed orc :  I don’t remember but I was very young.  I used to go out hunting with my father and I would sneak up behind them, so that they would trip and fall over me as my father attacked them!
Favourite drink:  Clear water from the grotto Gwindethrond; for a time, after drinking it, I can almost feel the light and grace of the Valar.
Favorite creature :  1) Horses 2) Cave claws
Favorite song :  I don’t have just one but for starters: Gruppa Krovi (reminds me of Gladsunu and – so sad; Shape of My Heart – wistful;  A Time for Us – beautiful melody)
Where you born : Stangard – I am of the Rohirrim, which probably accounts for my love of horses. 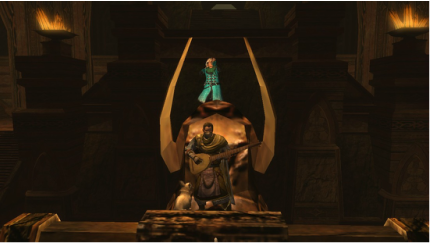 “Short cuts make delays, but inns make longer ones.” -Frodo Baggins
Find me on Twitter! https://twitter.com/Glorgnorbor
First Killed Uruk: Inside the Forsaken Inn (They can't hire good security)
Favorite Food: Lorien Lembas and Butter
Favorite Creature: Nazgul
Favorite Song: Sympathy For The Dark Lord - A Rolling Stones Cover
Where were you born: Bree! Where the ale is good and the food is better (When you're drunk)

(I'm the one with the theorbo, Bruzo has the cowbell) 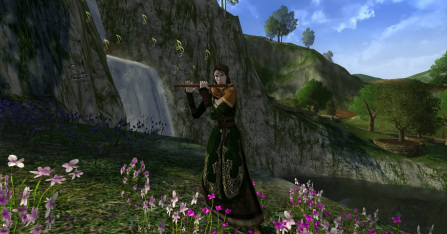 Born in Rivendell, she had early access to one of the best libraries
and some of the best teachers. In the depths of Moria, Mithwynn
and her friends, taught Nelphindal a lesson she will never forget -
how strong a group can become, in which everyone can rely on
each other. Lacking swormanship - as mentioned above - she
chooses to help her group by healing it.
Nelphindal is accused of murdering dozens of lute strings and
drum heads.
Where to find: West Bree Gate, playing music;
Rivendell discussing the last activities with Elrond: convincing a tree
to move;  jamming with another Minstel. 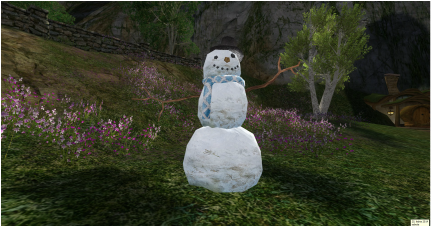 some ppl would like to play with us just occasionally and thast fine for
us. If you would like to do so, feel free to contact us in the game.

You are very welcome!